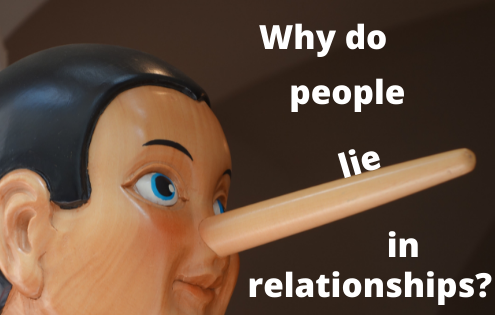 Why Do People Lie in Relationships: 8 Reasons for dishonesty.

Are you struggling with dishonesty? Wondering why? It seems a mystery at times. You would think that love for partners and fear of hurting or losing your spouse would deter dishonesty. So what gives? Culturally, lying seems to be accepted for some circumstances, but when it happens in relationships, it can be devastating. Broken trust, decreased affection, and other possible effects on your marriage or relationship are the results of this behavior. You may be experiencing some of these. Why would anyone do this?

8 Reasons Why People Lie in Their Relationships

Get more help with lying or marriage! Check out my workbooks. Click Below!

Fear of disappointing or angering others

Lying to a spouse or partner comes easy sometimes, especially when you don’t want to anger or disappoint them. This is different in some cases than not wanting to hurt them. When someone is dishonest due to this type of fear, they don’t want to feel the negative feelings they get when others are disappointed or angry at them.

No person likes it when someone is mad at them. We feel disconnected and lonely. I know I would rather not be disconnected from my wife in any situation. Many people will lie to avoid causing someone to be upset with them, mostly because they don’t want disconnection.

No matter how upset someone gets at you though, no amount of dishonesty is okay. Dishonesty is never okay and can even cause more problems.

A habit that has not yet been changed

Habits are not helpful sometimes. We were created with the ability to form habits, and when they are healthy, they give us more ability to be productive and do things we wouldn’t normally be able to do without them. However, habits that are unhealthy tend to cause more problems than not, but for some reason, we continue them.

Lying can become a habit that is unhealthy. One study showed how lying can become easier over time. Basically the more you lie, the easier it is to be dishonest over time. The changes in the brain that happen during dishonest behavior make it possible for a person to make a similar decision in the future.

This unfortunately is counter-intuitive because we don’t like to hurt people or make them upset at us. So, when we lie, one would think the pain that is caused would stop us from lying. However, when you don’t get caught, something different happens. Your brain may convince you that this can be a good thing. You might feel guilty, but that does not stop you from using the same tactic next time.

A desire to protect and not hurt others

When someone lies due to a desire to protect and not hurt others, they are concerned that if they tell the truth they will cause pain for their spouse or significant other. When we cause pain to others, we feel shame and regret.

Lying behavior doesn’t necessarily mean the person is heartless or not thinking about others. They may be concerned about how you may be hurt by what they are holding back to from you. They do care, at least at the moment, about how you feel.

They may want you to know the truth. However, they, in this instant, need to make a quick decision to either tell you the truth and hurt you, or tell a lie and keep you from pain and possibly from having an angry reaction.

Placing importance on something you don’t want to give up

When a spouse is dishonest, they could be placing importance on something they don’t want to give up, more than being honest. Unfortunately, this is realistic. You or I may desire something more than honesty. I am not saying that honesty is not the most important thing. I truly believe it is.

Sometimes it is hard to see the forest through the trees! Sometimes pleasure or something that looks great will seem more beneficial at the moment than a future outcome. A person may not want to lose the relationship or give up an affair or stop doing some other behavior they like.

However, future outcomes are more beneficial than lying. So, if you have something you are holding onto and are being dishonest, please look forward to the possibilities. Don’t forget what the consequences and benefits of honesty could be.

Getting a rush out of risky behavior

Dishonest behavior as we said can be due to trying to keep something hidden. If a risky behavior or a pleasurable behavior that may be considered wrong is part of the issue, then a person may lie to cover that up. It goes back to placing importance over honesty due to the high someone gets from certain behavior.

We see this when it comes to people who are having an affair, watching pornography, doing drugs, or some other addictive behavior. Biological reactions in the brain provide strong attractions to pleasurable and risky things. Dishonesty about this type of issue can be reasonably understood, though wrong. The reactions in the brain can overcome willpower, leaving a person with a high need for strong boundaries in their life.

The shame of a previous behavior

Shame tends to be present in all of us. We make one little mistake and we feel like we don’t measure up and don’t deserve to be recognized or loved. However, we still want to be accepted and not rejected.

When we have shame about something, even on a small scale, a person is more likely to lie in their marriage or relationships due to wanting to be accepted by their loved ones. They believe that the other person will think less of them because the dishonest person believes they should due to the shame.

It seems reasonable, but living with shame is only harming the person who is holding onto it. Shame causes more doubt and rejection through the behaviors it controls. Don’t let shame drive you to be dishonest. Be honest and tell yourself that you are still a person who deserves connection and acceptance.

Loss of affection for a spouse or partner

Their actions are more selfish and self-focused than loving. They will continue to do the behavior, but also lie about it due to apathy and lack of concern for their spouse.

This is not a great sign for the relationship. The spouse who is being dishonest has checked out at this point and could leave, but probably is enjoying some benefit, no matter how big or small, from staying connected to their partner.

Conflict and fear of losing a partner

They are conditioned to avoid any conflict or fight at all costs. In essence, their thoughts tell them that it would be better to lie than to lose their partner in a fight. I see a lot of this in my counseling practice. The dishonest spouse longs to be honest, but is deathly afraid of fighting and losing their partner’s trust, although they already have wrecked it.

Usually, these couples have had massive fights and the words “divorce” or “I’m leaving” have been said by the husband or the wife or both. It’s a toxic cycle, but one that needs to be broken. Honesty, help with conflict resolution, and improved communication is needed.

Dishonesty in marriage is not something to make light about. It is painful and destroys the marriage. However, understanding why your spouse lies can help provide a different perspective on dishonest behavior. Having a different perspective can help a couple find other ways to work through the core of their issues. Lying usually is never the core problem, something else is.

Ready for more? Check out my workbooks. Click Below! 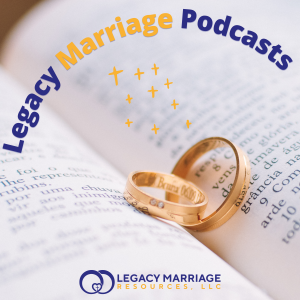 How to Forgive My Spouse for Lying

How do I talk to my partner about lying?
Scroll to top